There is a day four years ago that I remember as if it were yesterday. On Dec. 2015, in the early hours of the morning, a 24-hour curfew was declared in my hometown of Sur (in the centre Diyarbakır) for the fifth and last time. Sur was subsequently drowned in sounds of bombs and artillery. People from Sur left with everything they could carry. Some held two blankets, and others carried beds on their backs. As this was happening inside Sur, outside people were protesting and holding demonstrations to end the blockade. Amidst this death and violence, life continued with shame.

Nine days later, on Dec. 11th, there was a 17-hour break in the Sur curfew. In those 17 hours, most of Sur emptied out. That day was the last time I saw the beautiful streets of my 7,000-year-old hometown. At the time, we did not know what was to come. Attempting to help those desperately trying to get out of Sur, an elderly woman in the middle of the rubble was looking to the sky and cursing: “May the people who put us in the position never know comfort.” Amen, amen!

What happened next? 100-day-long bombings, military operations and clashes claimed tens of lives before ending on March 9, 2016. Right after, on March 10, trucks and bulldozers entered Sur. Although Sur’s six neighbourhoods that saw clashes could have been repaired, they were instead destroyed. Houses, lives, memories, and even human bones were collected as debris and thrown into the Dicle River. On March 21st, a cabinet meeting ruled that 82 percent of Sur should be transferred to public ownership for reasons of “public safety”. On April 1, Ahmet Davutoğlu, who was prime minister at the time, came to Sur and said they would transform Sur into Toledo. Unbelievable.

On May 22, 2016, a small area of Sur’s forbidden zone was opened and the people of Diyarbakır for the first time faced what happened to Sur. People ran to Sur with the hopes of finding some small trace of their homes. Streets were in ruins, and houses were covered in trash. Walls were covered with blood and bullet holes left over from the clashes. We all went to the roof of a five story building in the Yogurt Market. We were faced with frightening ruins that had taken the place of 7,000-year-old Sur. Narrow streets had been replaced with an expansive flatness. Tears flowed silently as people on the roof looked on.

Towards the end of 2016, high-level government officials once again came to Sur and announced their plans. They announced “good news” to the people of Diyarbakır that they would rebuild Sur. By January 2017, they had already begun “renovating” Sur’s main street, Gazi Avenue. The shops on the street were covered in thin basalt, wooden awnings, and white paint. Sur quickly began to transform into a place foreign to the locals. Later, these “renovations” extended to interior spaces. 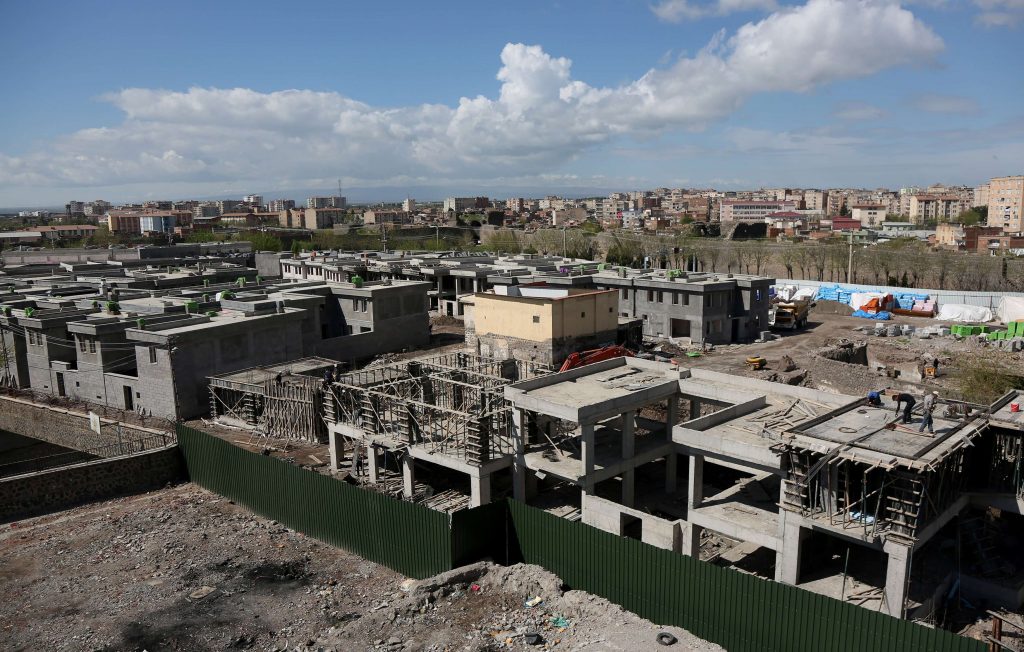 Meanwhile strange villas were built in the six destroyed neighbourhoods. In violation of the Plan to Protect Historic Sur, wide boulevards were built in Sur, though it is supposed to be under UNESCO protection. All the while the curfew continued. We tried to observe what was happening in the forbidden zones by looking over from tall buildings outside the zones.

None of that was not enough. In May 2017, they began to tear down the historic Alipaşa Neighbourhood under the guise of “urban renewal”. Residents from Alipaşa and Sur strongly resisted, but it did not work. Within one year, Alipaşa was completely destroyed. They are building villas there now. Many have already been completed. As this construction continued, in the forbidden zones, historic places and churches were looted, and all of Sur was sold, down to its historic basalt stones.

In this way, seven neighbourhoods of 7,000-year-old Sur were destroyed between 2016 and 2017. Over half of its area in square meters vanished. Very little is left behind from Old Sur. Now, in place of narrow streets, there are hundreds of strange villas. It is still undecided who will receive these villas, who will live there.

Strange parks, Ottoman motifs, and freakish villas are being constructed over tens of thousands of years of Median, Armenian, and Assyrian culture. The government is writing a new history in Sur. We Kurds, Armenians, Syriacs… the people of these lands, are absent from this new history.

Sur is the home of the people of Diyarbakır. Everyone in Diyarbakır has roots in Sur. Sur signifies the place we are from. What we are witnessing is the destruction of our collective home. Our houses have been destroyed. And in my home, in my 7,000-year-old hometown, in the common heritage of humanity, the fourth year of the curfew began earlier this month. Since no one is left inside, this curfew has become a means of preventing Diyarbakır’s locals from entering these neighbourhoods. Not a single organization questions why this meaningless curfew continues…

Today, I would like to once again, stubbornly, insistently remind everyone:

The longest curfew in the world continues in my hometown.