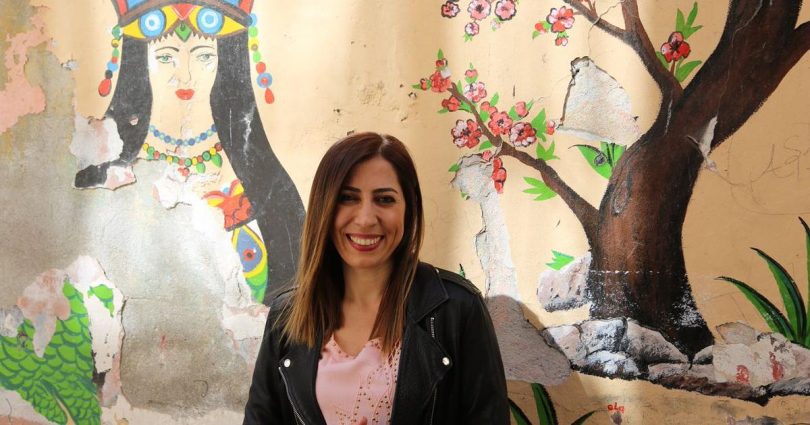 It must have been the early 1990s, on the eve of the Festival of the Sacrifice. On my way home, the entrance to our neighbourhood was covered in blood, so I walked grumbling that, yet again, they had slaughtered the sacrificial animals a day early in the middle of the street. I skipped over puddles of blood, which spattered my trouser legs. There was blood everywhere.

As I got closer to home I heard shouting and screams and, realising something had happened, I began to run. They had killed our neighbour, Uncle Adnan, who ran the little grocers in our area, for selling the pro-Kurdish newspaper Özgür Gündem. The blood on my trousers was his blood. I ran to the bathroom and tried to wash the stains, but Uncle Adnan’s blood would not come out.

My father was a greengrocer. His 10 children grew up in one room, we worked hard, got into good universities and studied. I became a research assistant at Bilkent University after graduating from the Political Science department in Ankara, but I decided to return home to Diyarbakır in the late 1990s.

For years, I ran anti-poverty programmes for the United Nations. We set up an association for victims of forced displacement, and after leaving the UN, I worked in villages that had been forcefully emptied and burned in the Turkish state’s military response to insurgencies by Kurdish militants and in villages controlled by the pro-state village guards. And, I tried to fight poverty not only in Kurdish provinces, but also in many impoverished villages across Anatolia.

I began writing seven years ago, before the Turkish government’s peace process to resolve its Kurdish conflict had begun. It was 2012, I was working in the western province of Bitlis in villages that had been cleared during the conflict as villagers attempted to return to their homes but were prevented by security forces. I wanted what the villagers were going through to be heard.

So I started writing, and later the peace process began. I helped set up the Diyarbakır Political and Social Research Institute, designed to study various aspects of the Kurdish issue, from the question of mother tongue education to the village guard system, and we shared our findings with the public.

Then, when the Islamic State (ISIS)’s onslaught began in August 2014, I travelled to Iraq and worked both there and in Turkey in the camps founded for Yazidi refugees who had fled the group. Over years of work with women activists, we created a shelter for Yazidi women rescued from ISIS and strove to provide them with health services.

The peace process broke down in 2015, and the Turkish state sent armed forces to fight insurgents in urban centres enforcing strict curfews and often leaving large parts of cities destroyed. We did our best to inform the world of what was happening, while also organising support visits to the region and initiatives to oppose the war. At the same time, we were working to rescue people who were forced to hide from the fighting in basements. During this time I began receiving many threats.

I was subject to threats and smears by the security forces because I wrote about human rights infractions, but at the same time, I received every kind of insult from other groups for refusing to take up slogans and for showing the human face of the war.

There were many people who were uncomfortable with how I recalled the uniqueness of each lost life. One of the war’s many terrible sides is that those who experience it, who lose their lives in it, often remain nameless. They may be labelled as a traitor, a terrorist or a hero, but they remain as figures. War devalues human life and transforms it into something that is trodden on.

This was not enough, so they also took aim at me for being a woman, scrutinising what I ate, what I wore and where I stayed. I received every kind of insult from every part of society. They even accused me of using the suffering of Kurds to become popular. Yes, I became popular indeed as a “terrorist.” They even took to insulting my looks on social media.

Very few conscientious people spoke out against what was done to me, because many find it even more difficult to criticise their own people. I cried, many times I cried, and I became depressed, but through it all, I stayed on my feet. I never stopped my regular visits to Cizre, Şırnak, Nusaybin, the towns worst struck by the conflict, I never stopped meeting with the inhabitants of those towns who had lost their children, and I did not quit giving voice to the human rights infractions that had occurred there.

In the last one-and-a-half years my home has been raided three times. I receive innumerable threats each week. Yet some accuse me of working for the state since the police do not arrest me in the raid. I have faced every kind of contempt from the state on one hand, and trolls hiding behind anonymous accounts on the other, who have targeted myself and my two children, sharing images of our home several times.

These people have no problem treading on and defaming a person they have never met. During this time, members of my own family and many of my friends have turned their backs on me out of hearing. Some are too scared to even say hello. It has been hard, but again, I stayed on my feet. The people of Sur and Cizre have embraced me, as have people from all over the world.

I learned much during this time – about humanity, conscience and what it means to be a good person. I, too, made mistakes, but I can comfortably say that I have never knowingly and willingly harmed anyone. Whenever I have witnessed breaches of human rights, I have raised my voice, no matter who perpetrated them. At the same time, I built myself a huge new family – of Kurds, Turks, Armenians and Yazidis, of good people of conscience from around the world. It is their existence that keeps me on my feet.

It is impossible for us to win by struggling silently at the back while there are people slinging mud and spreading wrongdoing at the front. Nor is it possible for us only protect human rights in our own neighbourhoods. I have always thought of human rights, equality, freedom and peace as things that must be loudly proclaimed before coming generations, and that we can win this struggle by demanding the same rights for all without discrimination.

So, I will continue to struggle at the forefront and with a raised voice for these rights and my beliefs. I am abroad now, and I do not know what will happen to me when I return. But our lives are short, and one day they will end. When that comes, I want to be able to say two things: First, that I was able to give a voice to the voiceless and to contribute to a counterhistory along with likeminded people. And secondly, I want to be a mother whose children can take pride in her.

Years have passed, and that blood remains on my trouser leg. I have a debt to Uncle Adnan’s children and all other Kurdish orphans. We are obliged to clean those bloodstains, if nothing else there should be a different life for our children. I know I am not alone in this struggle. There are people in every corner of the world working to clean away the blood spilt by oppressors, and even if we have never met one another, I know we are all a family.