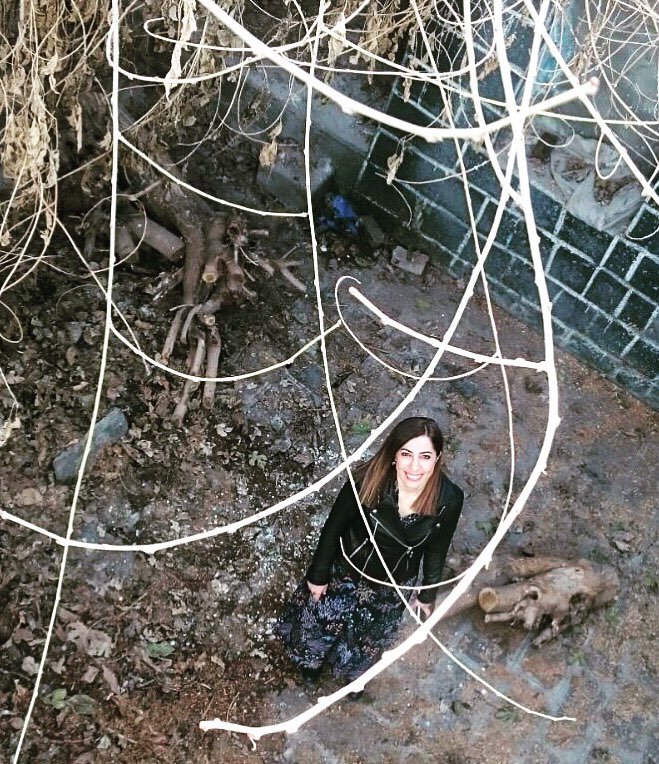 I have a dream of establishing a school of peace in Sur, the historical and poor centre of my hometown, Diyarbakır. About ten years ago, I was able to find the perfect place – a 19th century stone house, complete with a beautiful mulberry tree, which covered the entire residence. When I first saw the house, I fell in love with it. I found out later that the building belonged to an Armenian family at the start of the 20th century.

I grew up in Sur. At the turn of the 20th century, the district was made up of the typical black stone Diyarbakır tenements, filled with Kurds, Armenians, Assyrians, Chaldeans, and Jewish families. After the genocide in 1915, many of Sur’s inhabitants disappeared. In the 1990s, the district became a refuge for displaced Kurdish villagers who were forced from their homes as the state burned their villages.

When I first bought the house, my dreams quickly took shape. I hoped to restore the property and provide peace and human rights training to Sur’s youngsters, then later officially open the school. I would invite that Armenian family, the true owners of the house, to the opening ceremony. I could really envision it.

I began by meeting the people who lived in that poor neighbourhood. I shared my vision and explained that I didn’t see the house as mine, but belonging to the people of Sur. I wanted to work with them to have the house to support the community. They liked the idea. Together, we decided to launch a café in the garden that would be run by the youth of the neighbourhood, creating employment opportunities, as well as a safe place for them to socialise. We began meeting, planning and securing funds for the restoration.

Four years later, in 2015, we finally started the restoration. At the same time, the peace process between the Turkish state and the Kurdistan Workers Party (PKK) collapsed. Clashes began in city districts, such as Sur. The state declared military curfews, and my 7,000-year-old Sur was under bombardment for over 100 days. In only six months, over half of ancient Sur was in ruins. The curfews continue in six neighbourhoods of Sur today.

During the violence, my dreams completely died. The places where I grew up were demolished, some of the young people I had met with my idea of the school of peace died. Like most people in Diyarbakır, I was left with a sense of tremendous loss. Peace was defeated. Once more, war and death had won.

The next couple of years were very challenging. Our mayors, representatives, activists and academics were imprisoned or fled the country. Almost all Kurdish NGOs were closed. Several investigations were opened against me, and at the beginning of 2018, I was detained in a brutal manner. There was no motivation left for that house, the house that represented the dream of all Kurds – peace.

After I was released in 2018, I visited the house for the first time after the war. It was in ruins; full of trash and dead animals, as well as remnants of the violence. That day, I decided to try again, to do my best for the house and for all the young people we had lost. I looked up to the sky and said to myself: “I need to leave despair and hopelessness behind.”

As I began to clean the house, I posted a tweet, along with a photo of myself in the ruined house, while looking up to the sky, which read:

“We have started working on fixing our torn down house in Sur. Come on, shake yourselves up. Leave despair and hopelessness behind. Send a postcard to prisoners and show solidarity with the families that they had to leave behind. Sur, Cizre, Şırnak… stand with the people whose houses were torn down! Look up to the sky, the stars are still there…”

This post was so significant to me that I have kept it at the top of my Twitter profile since that day.

Now, two years later, I received a call from the Diyarbakır police headquarters, asking me to go to the police station in order to give a statement for an investigation. I went with my lawyer and found out that a new investigation had been initiated against me because of the pinned tweet on my Twitter profile. Because of saying “Look up to the sky, the stars are still there”, I was accused of “inciting hatred and enmity among public”. After I gave my statement, I was released…for now.

After today, my house is yours; it is a house for people who believe in peace and human rights. I will restore the house and open it one day as a school of peace. I will do my best to write a new chapter for the poor children of Sur. My sisters and brothers who are under attack and under the pressure of dictators, who feel lonely and hopeless:

Look up to the sky, the stars are still there…