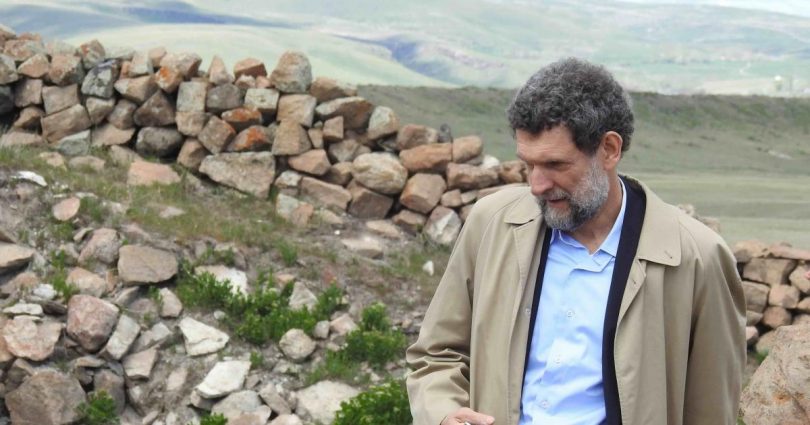 Turkish philanthropist Osman Kavala was taken into custody by police on Oct. 18, 2017.

This date marks two years, without freedom, behind bars.

It must have been 17 or 18 years ago when I attended that civil-society conference in Beyoğlu, central Istanbul. As I headed home after the meeting, I asked Osman Kavala where I could catch a taxi, and he told me it would be quicker and cheaper to take the metro.

When I told him that I was new in Istanbul and had not used the city’s metro system, he walked with me to the station, bought me a travel card, made sure I understood how to use it and which stop to get off at, and sent me on my way.

That was the first of many times he surprised me. Our friendship grew closer as we started frequently bumping into one another. We would run into each other while I was in Kars in the north eastern tip of Turkey educating women cheesemakers how they could earn a little extra money through a cooperative. Our paths crossed again in the eastern Turkish province of Van after the 2011 earthquake. We would meet again on numerous projects related to the Kurdish issue, and again when I was considering setting up a research institute on the topic in Diyarbakır.

Then we met in the refugee camps for Yazidis escaping slaughter by the Islamic State in northern Syria; we met again in solidarity initiatives with people whose homes had been demolished by the Turkish state after it imposed curfews in the southeast in response to Kurdish insurgents. We met at women’s projects, projects for LGBT+ people, for gypsies.

In Mardin, in Şırnak, in London, in Brussels, in Gaziantep… My path and Osman’s would cross in these and many other corners of the world. I cannot think of my last 15 years working in civil society without Osman Kavala. And I cannot describe what a positive impact he has had on my work, and on broadening my horizons.

I always appreciate efforts to bring together all parties involved in a project. After the earthquake in Van, the governor of the time refused to speak to the mayor, Bekir Kaya, despite the casualties and thousands of homeless people left by the disaster.

The ill feeling between the pair led to two separate earthquake coordination centres being set up, causing delays to the provision of aid to people in need.

It was Osman who stepped in and tried solve this, acting as a shuttle between the governor and mayor, and I still remember like it was yesterday how the governor scolded him for his efforts. Many people had grown sick of these local government problems, but Osman never stopped trying to bring the institutions together to respond to the earthquake.

Another of the qualities that I have always admired is his ability to spot details that slip past most other people. He would always pay attention to the floor in the tents we entered: He said the freezing temperatures were coming into the tents through the ground, and even started looking for boards to provide a layer of insulation.

After that, he would look into every detail of the tents that were provided for those left homeless in the disaster. When I discovered a company that seemed to produce quality tents, he would phone the manufacturer and learn every technical detail of their products. At times when I commented that the engineers had given a tent a good review, he told me we should investigate them ourselves and consult people who had used them before we made the purchase.

There are dozens, hundreds more moments like this that I could share with you. How he would take an interest in each sick Yazidi child individually, the way he carefully scrutinised the school books we prepared, his support for teachers, for artists, for young photographers in Diyarbakır… Most of all, the friendship he has shown me when I got down, and how he made me feel that I was not alone.

Today, my wonderful friend, marks your second year behind bars. I don’t expect the ones holding you in that cell – those who painted you, a man who would not harm an ant, as one of the country’s most dangerous enemies – to understand you. For those are people who cannot believe that one would perform such acts of goodness simply for the values they believe in, without expecting anything in return. For them, this is truly unfathomable!

My dear friend, I have been observing the smear campaign against you for the last two years. It hurts me that there is nothing I can do except to write and keep reminding the world of your innocence. The two long years they have stolen from you wound my heart. And I feel that pain every morning waking up to the knowledge that you, an innocent man, are behind bars. Someone told me we have nothing else left to do but to enjoy life. But no joy in life remains in this country. People are trampling all over one another. Our joy in life has wated away.

I want you to know, my dear friend, how fortunate I count myself to have known you closely in the short life afforded to us. We all miss you. Come out of that cell and bring some joy back to our lives.

The opinions expressed in this column are those of the author and do not necessarily reflect those of Ahval.