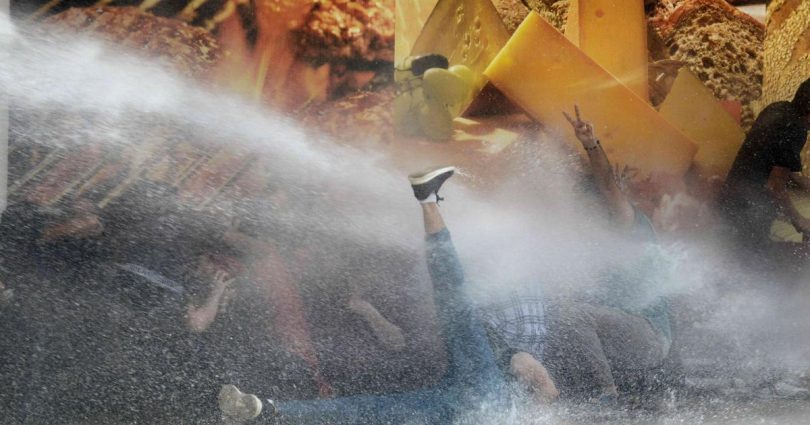 Enormous Turkish flags were hung from the side of municipal buildings, which quickly became encircled by police and special operations teams. Perhaps authorities believed they would cover up their unlawfulness with the flag, and solve the Kurdish question.

The state appointee, or kayyum, for Diyarbakır’s central Sur district, where I live, arrived at the municipal building with 10 anti-riot vehicles and 10 buses of special operation units. Civil society leaders, activists and municipal workers gathered to make a statement of protest, but were soon detained. The cry of a local youth summarised the scene: “We are being occupied!”

State administrators were ultimately appointed in 95 of 102 mainly Kurdish municipalities, replacing elected officials. The appointees began their work by destroying the symbols of Kurdish culture and history. They changed the Kurdish names of streets and parks to Turkish. Women’s rights centres, along with centres for culture and arts, were shuttered. The police closed main squares and parks, anywhere people might gather and protest.

The appointees looted whatever we were proud of and made benefits available to their supporters, which ultimately left the municipalities with crippling debt. Meanwhile, authorities jailed elected former co-mayors of the pro-Kurdish Peoples’ Democratic Party (HDP) and its sister Democratic Regions Party (DBP) with absurd accusations about terror financing.

In three years, none of these accusations have ever been supported by solid evidence, yet now history repeats itself.

On Monday, Turkish authorities began implementing the same process, making up new cases against HDP mayors elected with sizable majorities just a handful of months ago and replacing them with appointees.

Again and again, Turkish authorities have seized municipalities, using the explanation that “Kurdish mayors finance terror,” but without any proof. Without justifying their accusations against dozens of Kurdish mayors dismissed in the past, today the Turkish state accuses newly-elected mayors of the same offences, once again without evidence.

Meanwhile, we have witnessed what kayyums achieved during their office time in office. They built private, gold-plated bathrooms, bought millions-worth furniture and wasted public money.

These appointees, known for spending public money for their personal benefit, are once again on duty while our elected representatives sit behind bars for baseless accusations. It’s hard to imagine a greater injustice for a people who have already suffered untold violence in recent years, including the destruction of many of their cities: following inspiring electoral victories this spring, they now have control of those cities ripped away from them yet again.

While I write, I see on social media that my municipal building is once again surrounded by police barricades, and that police are using water cannons to chase off demonstrators. Previously, I had been unable to step inside Diyarbakır Municipality for two and a half years — until the election of Selçuk Mızraklı on March 31.

So our cities are seized yet again. What is a seizure? The action of capturing someone or something by force, against its will. The municipalities of Diyarbakır, Van and Mardin have been forcibly taken from us. The law has been violated, and our democratic rights revoked.

In the police enquiry report of last year’s trial, in which 12 HDP and DBP officials were charged with membership in a terror organisation, one policeman said: “We should say terror financing or something.” They continue to lie because they cannot tell the truth.

Yet we have not given up hope. We will continue to stand against this evil usurpation. But I wanted to say on the record that as a Kurdish person, I do not give my blessing to this country!