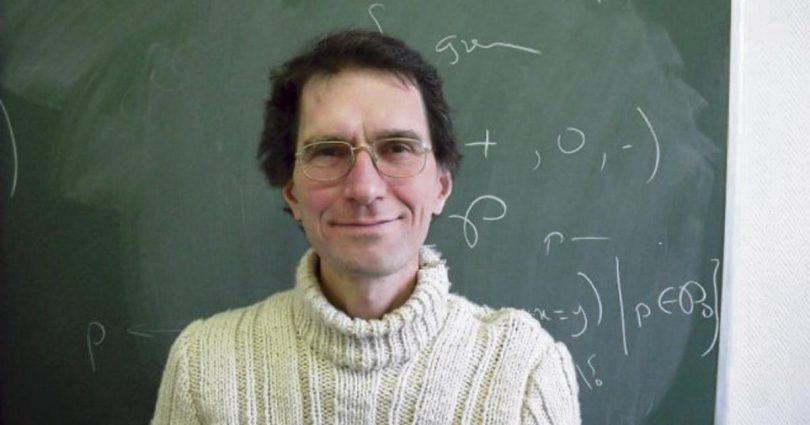 Tuna Altınel, a mathematics professor at France’s Lyon-1 University and a peace advocate, has been jailed in Turkey on terrorism charges since May 11.

Altınel is one of more than 2,000 academics across Turkey who signed a petition called “We will not be party to this crime” in January 2016 that called for a peaceful solution to the conflict between the Turkish security forces and outlawed Kurdistan Workers’ Party (PKK). The PKK has waged an armed campaign for self-rule in Turkey’s mainly southeast since 1984.

Altınel was detained and arrested after he went to a police station in the western city of Balıkesir seeking information on a travel restriction on his passport. His lawyer said Altınel stands accused of spreading propaganda for the PKK during a panel discussion in France — a panel discussion Altinel did not attend.

Altınel is one of the most peaceful and good-hearted people I have ever known. I would like to tell you his story with his own words from the letters he wrote to me.

In August 2015, when bloody conflict erupted between the youth wing of the PKK and the Turkish state in cities across the southeast, I received my first letter from Altınel.

The PKK declared the southeastern city of Diyarbakır and several other cities in the region autonomous zones and erected barricades to keep security forces out. After months of bitter street fighting, military operations officially ended the following March, but the fighting left thousands homeless and several neighbourhoods in ruins.

“I am writing this letter to you as an ordinary citizen. I think the transformation of the reactions and behaviour of ordinary citizens would make for a more inhabitable and tolerant atmosphere,” Altınel wrote in his first letter to me. “Especially in these days in which the bonds that have barely begun strengthening between people are being shattered once again.”

In 2016, he and hundreds of others known as the Academics for Peace signed a petition demanding the government grant independent observers access to the mainly Kurdish areas. Since then, the academics have faced harassment and smear campaigns and, in some cases, even summary dismissal from their jobs. So far, the courts have put 691 academics who signed the petition on trial on terrorism charges.

Altınel said words were not enough to stop the violence and went to visit the region to see the situation with his own eyes in September 2017. The worst of the conflict had ended by that time, yet large sections of several southeastern cities had been destroyed.

“We couldn’t make peace,” he said, describing his deep sadness for what had happened. “In response to what has been done, we have just one option; not to close our eyes, our minds and our hearts.”

Altinel always did his part as a Turkish man and felt empathy for the Kurds in this country to be able to live together despite our differences.

When I was struggling with lawsuits and investigations against me on terrorism-related charges for my writings on the conflict in the southeast, he never stopped showing his support through his letters.

After a while, Turkish authorities started to investigate him too. I was proud of him when I read his defence against the accusations.

Altınel said in his defence that he went to Turkey’s southeastern cities when the conflict began. “I saw preparations for war, I listened to the voice of war, I carried bags of supplies to help victims of forced displacement and destruction, I talked to people who lost their relatives and homes,” he said.

He said he did all these things individually and was guided by one principle.

“If every Turkish citizen would do what I do, we would come closer to peace,” he said.

I heard from Altınel two days after he was arrested. He sent me a note saying he continues to do the work he believes is right. He even began teaching French in prison.

Altınel is one of the people who keeps me believing in humanity, especially in these times when people often hurt each other. I do not know how to thank him enough.

He has never closed his eyes, his mind and his heart. He has done his duty for this land, and for peace, and is now able to hold his head high, even in prison.